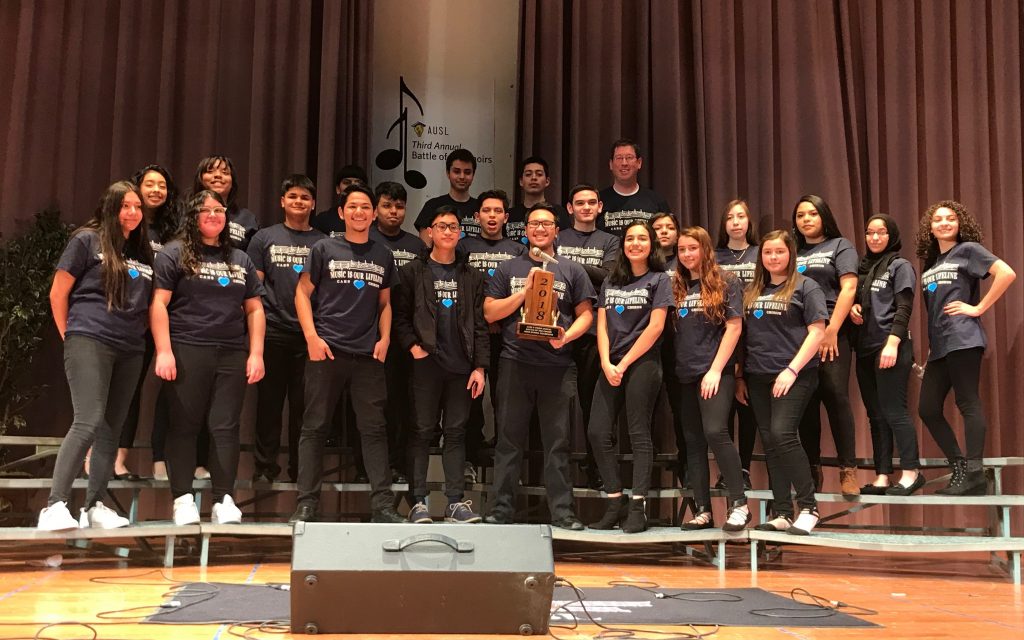 Ten years ago, Chicago Academy High School was not known for the strength of its music program. With only a general music class, there were no instruments, no band or choir electives and little opportunity for students to explore the performing arts.

Today, of the 540 students that attend the school, approximately 50 percent take a music elective.

Currently, Chicago Academy boasts two beginning bands, a concert band, a percussion class and two choirs (one boys choir and one girls choir). “There are very few students that go through the school that I don’t teach at some point,” acknowledges Sean Hamilton, the school’s music director. “For example, of this year’s seniors, I’m teaching or have taught about 85-90 percent of them.”

Building From the Ground Up

Sean was hired by the former principal to build the program from the ground up. The principal had played trumpet in high school, and felt that the students at Chicago Academy High School would benefit from learning how to read music and play an instrument. Being an urban school, there were two key challenges that other schools typically don’t have to face.

The first was the instruments themselves. “We have to supply almost all of the instruments. Most kids don’t own one, and simply because of the economics of an urban environment, the reality is that we can’t expect parents to rent or buy instruments for their kids.” Luckily, the school had received a large grant, and Sean was able to invest in flutes, clarinets, trumpets, trombones and other instruments for the students of Chicago Academy.

The second challenge is ongoing.

“Unlike other schools, most all of my freshman students are starting band or choir without any musical background. In the city, there aren’t a lot of elementary music programs feeding into my school.

To help deepen his students’ musical literacy, Sean wanted to expand the music theory aspect of his program. He was also motivated by his own experience, saying, “When I was in high school, I didn’t get a lot of theory, it was mostly just performance. When I went to college, I felt like the piano players were so far ahead of a lot of us in the band and choir world in terms of theory, due to the scales and chords that come naturally to learning piano.” Despite the desire to equip his kids with theory, there were the logistics that involved 260 students across multiple classes. Sean says that “realistically, giving them written tests and then grading them was just too overwhelming.”

However, the confluence of two things happened: The school introduced one-to-one technology for students in the form of Chromebooks and Sean stopped by the Breezin’ Thru booth at the Midwest Clinic about four years ago.

“I knew the other teachers were excited about the new technology, but I was wondering how it was going to help me. You can’t really use a Chromebook while you are playing the trumpet! But when I saw Breezin’ Thru, I knew it represented a way I could get music theory into my class. It was all online, and a really efficient way to use Chromebooks. I didn’t have to make hundreds of test copies and grade them every week.”

Sean also has an innovative approach to integrating Breezin’ Thru Theory into his music curriculum. 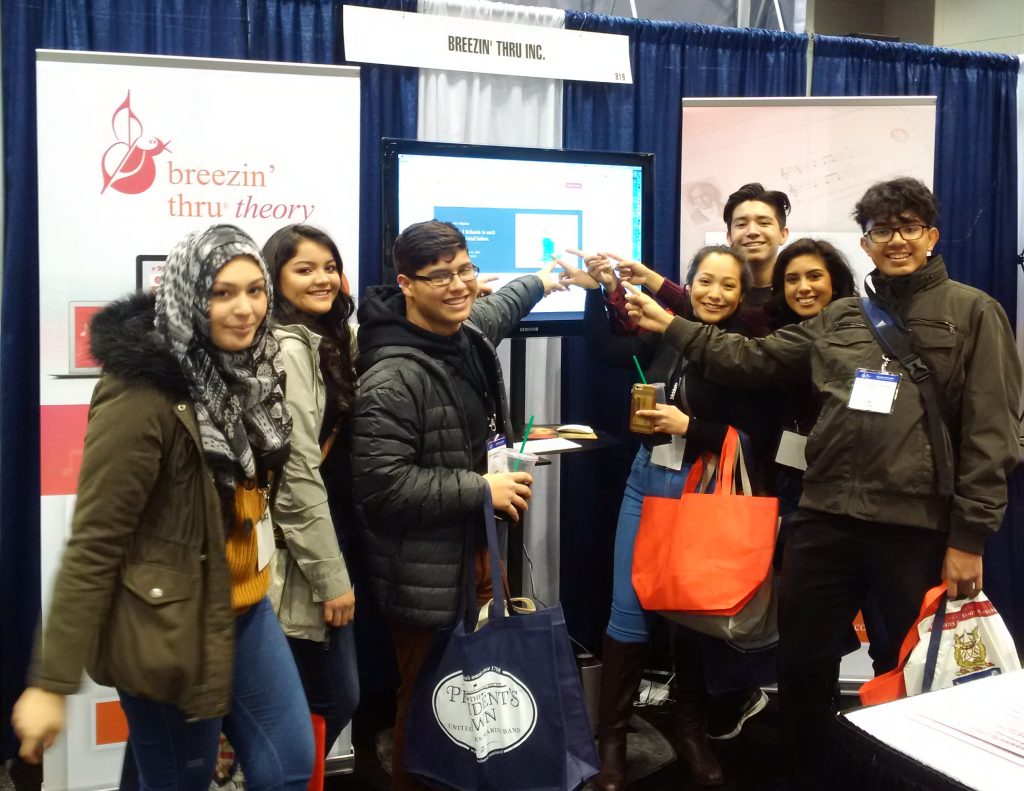 “I assume I have three years with a student, so my program is designed so that they will go through all of the chapters of Breezin’ Thru Theory during that time. Essentially it breaks down to two-to-three chapters per quarter,” states Sean.

“In the first year, they learn four chapters of rhythm, how to read notes on the treble and bass clefs, and the major scale key signatures. Even if I only have them for one year, that’s a good grounding. It’s the basics of most of the music they listen to.”

In the second year, Sean’s students explore the minor keys, intervals and triads. In the third year, the teens move onto extended chords and blues progressions.

He also uses the drills to motivate the kids, offering a pizza party for the students who complete all assignments and get 100 percent.“At the end of a semester, it really motivates them to get those last few things turned in so they can go to the pizza party!” (This past spring, Chicago Academy students ranked 5th on the “Center Stage” Drill-ceptional Leaderboard.)

So, what’s the key to growing a music program from no performing classes to a robust mix of band and choir?
Improving music skills, says Sean.

In the beginning, there wasn’t a lot of interest, but as both the band and the choir improved their ability to read and understand music, they could take on more interesting songs… a more diverse repertoire. And, they sounded better, so other kids hear that, and want to be part of it, says Sean.

In fact, this past spring his boys choir students performed a Glee-inspired rendition of Lean on Me, as well as a modern Dies Irae, sung in Latin. Sean offers this final bit of advice: “It’s important to let them have a say in the music they play. There’s more buy-in and the students are more willing to tackle songs that may not be familiar.”

While Sean is very modest and doesn’t like to toot his own horn, his efforts and the amazing results he’s helped his students to achieve are truly remarkable. Not only has he built the program from scratch to where it is today, as the sole music teacher he wears multiple band and choir hats and does it all – even helping create arrangements for the students. Perhaps most impressively, he has brought music into their lives of kids who had no formal music background. Encore, encore, Sean!

Champions: For The Love Of Music